This is what they had to say: 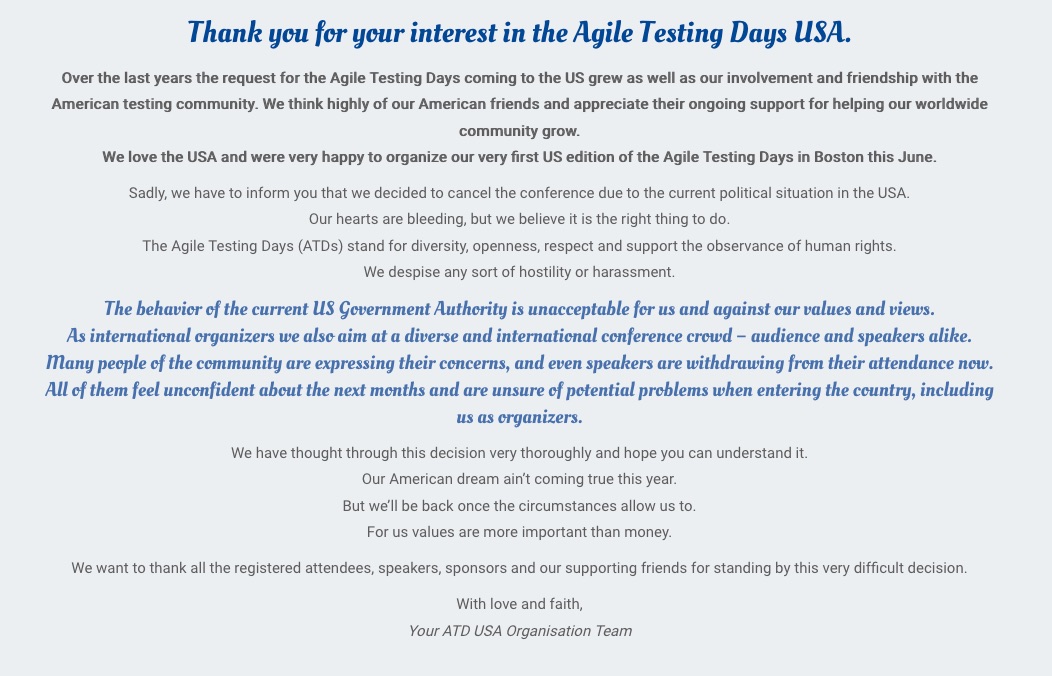 I feel the pain behind their decision. I also feel that they act based on their beliefs and values - which seem congruent from my perspective. That’s a positive sign these days. Regardless of how depressing the development in US otherwise is.

There’s also another thing that raised my respect toward AgileTD organization. I had already paid my flights before the announcement about the cancellation. That’s nearly 1000 euros of paid money. That’s a huge amount of money for me personally. Which is why I was worried what will happen to that money I already paid.

I discussed that with organizers and Jose announced that they will pay either the cancellation fee or if that’s not possible - then the whole amount I paid. I discussed with flight company today and unfortunately I wasn’t able to get any money back from Icelandair. Nevertheless, Jose promised that they will pay the whole money back to my bank account. That tells something about their way of handling these kind of cases.

After all this I will continue to support AgileTD also in the future - in whatever way I can.