As I’ve mentioned in previous blog posts, I participated to Problem Solving Leadership (PSL) course earlier this year. Out of the many things that I learned there, there’s one that I wanted to write about this time.

Heart rate in a simulation

The course lasted about 6 days. On one of the days there was quite long (6 hours) simulation. It was basically a group problem solving simulation which required people to choose roles and if you didn’t have any particular role, you had to find other ways to provide value for the whole group (24 people).

Personally it was challenging for me as I didn’t have any particular role. Instead I helped when I saw an opportunity. Like asking if people had consider specific scenarios in their plans. These moments didn’t occur that often though during the first half of the simulation. This led to me being an observer numerous times. Which felt uneasy. Fortunately around middle of the simulation I was able to find a role in which I could provide value constantly until the end of the simulation.

I was wearing my Fitbit Charge HR activity wristband during the simulation and it recorded my heart rate on that day. When I afterwards reviewed it, I was a bit surprised. It looked like this: 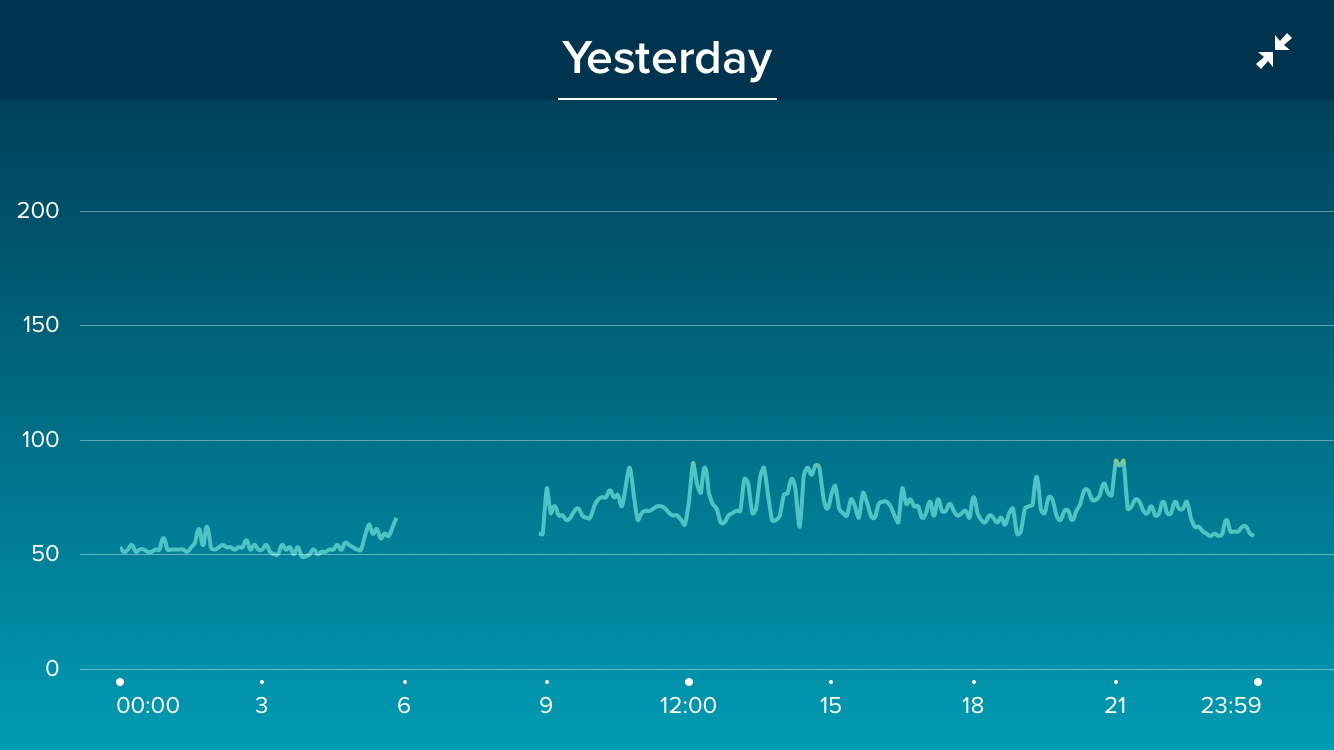 Time is represented as 24-hour clock, where for example 15 is 3pm.

We had several observers (4 or 5) for the simulation. They were focusing on observing us and making notes. Afterwards they gave an overall report of what they had seen.

In my case one of the observers mentioned that:

3:15pm Aleksis starts to participate to groups with Sergei

If you look at the heart rate, you can see that the heart rate starts calming down close to 3pm (15) and pretty much keeps stable until the end of the simulation (18 which would be 6pm).

What could this mean?

It’s always possible that Fitbit wasn’t measuring correctly, observer recorded the time incorrectly or perhaps I was just nervous about the simulation regardless of had I found my place on the group.

Or perhaps this is the effect that, not being able to provide value (constantly) can have on our heart rate.